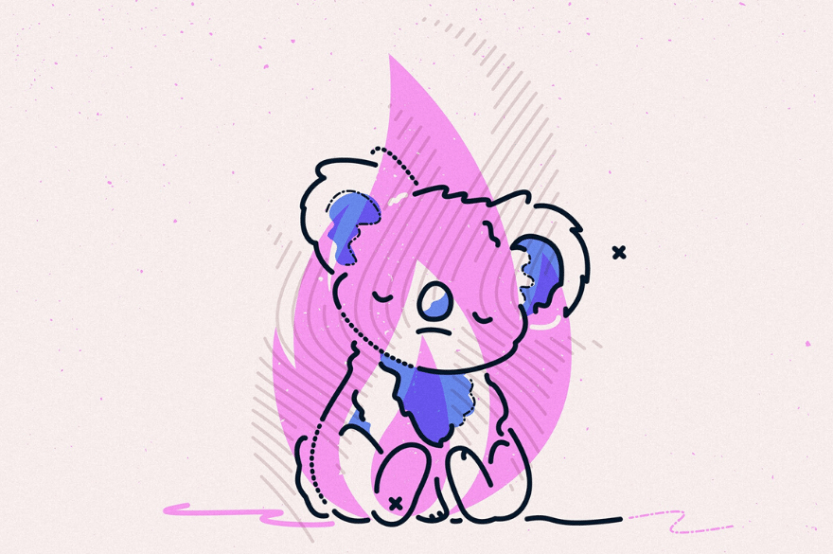 As we stepped over the threshold of a new decade, it’s true that what should have been a celebratory greeting of new beginnings was instead a time of collective sadness and loss – a feeling that persists even as we endeavour to anticipate where the destructive bushfires will impact next.

But, although this event will go down in Australian history as one of the most catastrophic to ever affect our hard-won way of life, it will also mark the year that Australians came together like never before.

Take Celeste Barber. As an Australian comedian who posted a photo of the fires from her mother in law’s living room with a humble request for people to donate to the firefighting effort, she never dreamt that she would be sparking an unprecedented onslaught of donations that at time of writing stands at a staggering $52 million – all of which is now set to be distributed to RFS brigades across Australia.

Take the Business Council of Australia who have announced a $25 million corporate backed trust which will not only support education costs for the children of perished volunteer firefighters, but also create jobs for those who have lost livelihoods as a result of the fires. With this trust now a permanent entity, it will also assist those affected by future disasters.

Take every day East Gippsland citizen Patrick Boyle who stayed in his fire ravaged town to find and rescue injured koalas, bringing them all back to be cared for by the Mallacoota Wildlife Shelter. He is but one of thousands of informal and formal wildlife rescuers working on the ground to save the countless animals that have been impacted. To donate to the Mallacoota Wildlife Shelter, visit their Facebook page. Alternatively, if you’d like your donations to have a nationwide impact, consider donating to WIRES.

These examples are but a small taste of the awe-inspiring heights being reached by Australians in a time of profound crisis, with all demonstrating that no matter how, where or when; there is always a way in which we can drive the change we seek in the world. And in what has been an increasingly fragmented world of late; the determined air of collaboration, ingenuity, initiative and generosity that has emerged across the past few weeks has been nothing short of breathtaking.

Its undeniable that our nation has suffered grievous and horrific losses – and it has also been made painfully clear that this fight is far from over. But another fact that cannot be ignored is that our world-famous Australian spirit is becoming more audible than ever and is in fact, becoming louder than even the roar of fire.

And so the year 2020 will become part of our national psyche as one of our greatest affirming moments. We can also rest assured that as the world watches and contributes to our efforts, Australia as a nation is not standing alone. In the years ahead, the 56,000+ non-profits across Australia will also continue the work already begun, with each and every one of their change making initiatives being just as valuable as the next in our continued task of creating a nation that we can all be proud of. Ultimately and even in the face of a difficult and long road to recovery, comfort can be found in the fact that our collective determination and mateship will once again tide us over into more prosperous times just as it has done for many past generations. Because as these recent weeks have proven, not even falling embers can steal that from us.

To help those directly affected by the fires, Grant’d have created a free, one stop resource for individuals, organisations and businesses impacted by the fires. This will assist recovery and rebuilding. To make sure that this resource is accessed by those who need it most, please distribute this far and wide amongst your networks.

Community engagement is HARD. Supporting people just enough so that they take the lead. That’s the secret sauce. Here are the 5 critical steps to supporting and fostering positive connections among individuals, groups, organisations, neighbourhoods, and communities.

Tips To Smash Your Next Grant or Scholarship Interview

Are you nervous for the interview? Good. That means you’re taking it seriously. However, nerves should never become a barrier to success. Here are three tips that you can apply to any interview situation if you’re looking to get ahead.

Imagine being given 12 months and $100,000 to pursue your big idea for social change? While this may sound too good to be true, it is exactly what the Myer Foundation & Sidney Myer Fund is offering to exceptional leaders across all sectors (private, public and not-for-profit) and from all types of professional backgrounds.