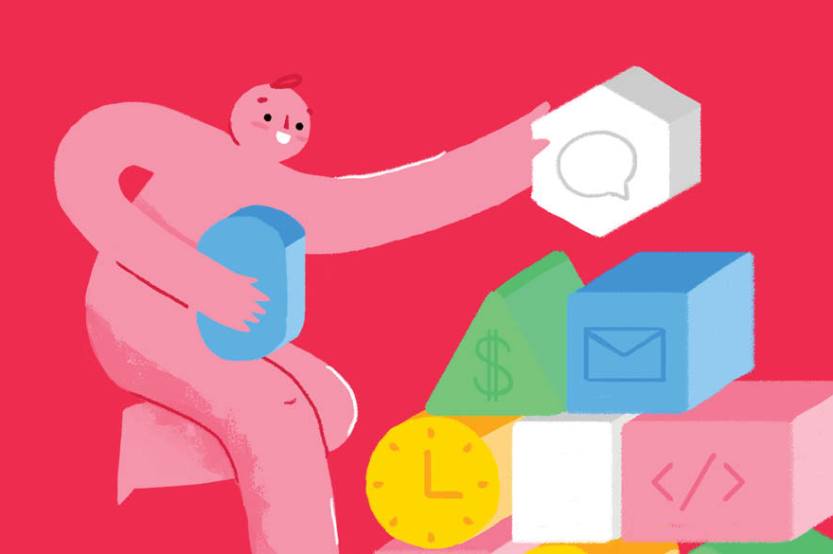 Impact comes in many different forms, but what’s often overlooked is the positive impact that flows from ensuring your staff are working with purpose.

Yes, I’m working with two trending buzzwords in this article, but I think it’s important to highlight the far-reaching positive impact that comes from a drive for purpose.

People want to work towards a goal that is greater than themselves, and to the consternation of managers everywhere, monetary incentives are losing their power to motivate people.

En-masse, there’s been a realisation that spending 9 hours a day staring at a screen, under artificial lights, is not the most satisfying way to spend the bulk of your life.

And on the production side, customers are refusing to accept the extractive business models of the past.

The future of work is purpose

In times past, a company could be rewarded for ignoring their impact performance. Whether it be circumventing environmental protections, or turning a blind eye to offshore staff with poor working conditions, you could cut costs, beat the competition through price, and then retain your staff with higher wages.

But not anymore. A purposeful workforce won’t tolerate this.

Staff want to come to the office for more than just a salary. They want to know they’re having a positive impact, and when the final figures are balanced, it seems clear that being led by purpose offers better long-term rewards than the tired industrial model of using the proverbial stick to squeeze more work out of a disgruntled workforce. We all prefer the carrot.

I’ve worked across a whole spectrum of workplaces. From hospitality, to labouring, to government offices and over to some of the country’s biggest corporations. A big part of the reason I shifted to consulting was my desire to better control my working environment and to ensure my day-to-day activities were having a positive impact.

I revel in the freelance lifestyle, but corporate life doesn’t have to be a drag. As I’ve spoken to more and more business owners in the impact space, I’ve come to see that working for a big company can be balanced and enjoyable.

Corporations can drive purpose through culture.

I spoke to Radek Sali recently, on my podcast Good Future. He was CEO of Swisse Vitamins and led it become a powerhouse of a global brand. As he spoke about his work it became clear that he put a huge emphasis on the wellbeing of his staff.

Actually, that’s an understatement, his staff are his number one priority.

It had a big part to play in the long-term success of Swisse. Even today, as he’s moved on to new ventures, it remains a large part of how he defines his impact.

Radek maintained his momentum after he sold his stake in Swisse and launched a family office called Light Warrior. In keeping with the tradition of the vitamin business, he identifies businesses in the wellness space and he invests, to help them grow and to multiply their impact.

“It’s people, principles and passion, coming before profit. If you get those three P’s right, profit will follow.” He explained.

I maintain a healthy cynicism among so many buzzwords, but ample proof for the sincerity of Radek’s approach came from the simple fact that many of his staff followed him from Swisse, over to Light Warrior. He even convinced his Goldman Sachs banker to move over and help him start his new venture.

Purpose is more powerful than offering the cheapest price, or paying the highest salary. It may even trump the power of a brand, or at least, it plays a huge part in the value of the modern brand.

If you look after you staff then your customers will be happy, and that’s the best way to reward your shareholders.

It’s a simple formula, and not a new one. Fortunately, big-business is catching up with the US Business Roundtable releasing a powerful statement signed by 181 of the country’s largest companies. It makes a commitment to redefine the purpose of a corporation and operate their businesses in the interests of all stakeholders, rather than just their shareholders.

Radek understands this well. He explained that focussing on his staff’s wellbeing went far beyond office productivity; he’d actually received letters from his staff’s spouses and family members, saying how thankful they were because their partner was now so much happier and more pleasant to be around, due to their satisfaction at work. Anecdotal evidence like this is a good start, but for scale and longevity you need to measure it.

If you can’t measure it you can’t manage it, and there are now some very sophisticated methods and metrics becoming available for measuring staff wellbeing.

From talk to action

To find proof of this trend you only need to look at the army of companies who have dug into their brand identity and rolled out a purpose statement. While I say that with a hint of cynicism, I do want to celebrate the companies that have established an overarching purpose of their organisation, their reason for existing, that goes beyond the product or service they sell, to define the impact they’re having on the world.

The best of these have integrated that mission deep into their operations and their strategy, and it’s the guiding light they follow when making key decisions. On the flip-side, there’s the companies whose purpose statement goes no further than the marketing department.

The AFR published a great article last year that lays out the updated purpose statements of some of Australia’s biggest companies. With a whole raft of these statements collected together you get an immediate feel for which are sincerely driving change, and which are generic and largely meaningless.

But we shouldn’t get caught up in the poetic flourishes and the semantics. The challenge is not in the statement, it’s in integrating the mission at the highest levels. Once defined, a company’s purpose must act as its roadmap – talk needs to turn into action.

On this topic there’s a big divide between impact-first private businesses, and the big multinational corporations.

But as the need to measure impact is becoming more widespread there’s potential for all companies to make a change, and a good place to start is with those close at hand, your staff.

The positive impacts aren’t surprising, but they’re far-reaching. I’m coming to agree with the adage that says: ‘people don’t buy your product, they buy your story.’

John Treadgold is an impact consultant specialising in responsible investment and impact measurement, which is the subject of his podcast, Good Future. You can listen to it here or stay in-the-loop by signing-up to his newsletter.

The Future of Work is… Purpose

The social impact space is booming with new possibilities for millennial-aged changemakers. From voluntourism to starting a for-purpose side-hustle, young people have more drive and passion than ever. Get started on your journey to make a positive change with these top tips.

Social impact, entrepreneurship, and innovation — if it’s interesting news, you’ll find it here. These stories may not be the ones atop your news feed, but chances are they’re the ones you’ll actually want to read. Whether it’s opinions on creating positive social and environmental impact – or simply the valuable lessons learned along the way, here’s a roundup of the past month’s most interesting articles.