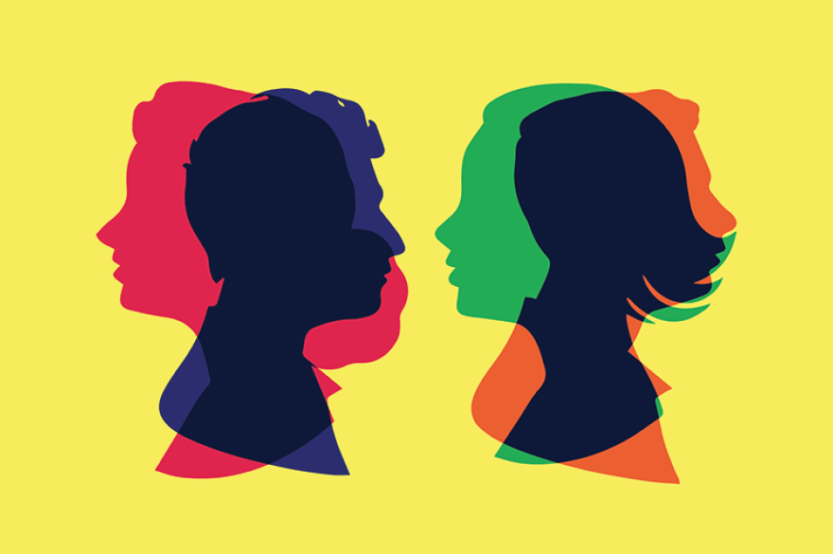 I’m old enough to remember the days of cigarette advertising. For those of you that don’t,trust me, this was once a thing. There was a particular brand called Virginia Slims. The very well-known slogan was: “You’ve come a long way, baby.” The campaign started in 1968 at the height of the women’s liberation movement. The ads featured full-colour images of confident, tall, slender, pants suit-wearing women on the go, mirroring the mainstream awareness of the women’s rights movement. These images were juxtaposed with these vintage-looking sepia photos of women in more servile roles. Those photos were something you would have seen in ads from the early 1900s—women milking cows, knitting, or serving men.

Now, I’m a vintage ad geek and have been known to watch all 7 seasons of Mad Men in 5-7-hour long binges. I’m ashamed to say, not always on long-haul flights.

There was just something incredibly ironic about the co-opting of the feminist movement to sell cigarettes to women. Whatever your opinions of the tactic, it worked. For me, the campaign’s genius was that it succinctly captured the zeitgeist of the time and used it to market a product specifically to women. It makes me wonder though, what would capture the hearts and minds of women today in that way?

We live in very different times. Over the last two years, we’ve seen #metoo, a pussy-grabbing POTUS, endless memorials for women who have been senseless victims of male violence, and the increasing economic precariousness of women. We’ve also seen an emerging sense that baby, we haven’t come far enough!

At some point between all of the wonder, excitement and potential of the women’s liberation movement and now, something has gone horribly wrong.

I was moved by so many of the images from the Women’s Marches around the world—but I couldn’t take my eyes off the pictures of the older women. Their faces were lined pain and frustration as they marched alongside middle-aged daughters and their young granddaughters. They held up with signs like, “Why am I still protesting this shit?”

The hurt of a promise so painfully unfulfilled after so many years was palpable in these images.

I’m here today with a warning of sorts that relates to the area I work in—social entrepreneurship. We social entrepreneurs are men and women who are committed to using the tools of business to make a sustainable impact in our communities. We work with hybrid models.

We take what is often considered a charitable purpose, and we add in trade—or economic activity in an open and competitive market place.

Many of us are passionate about the inclusion of people who are typically marginalised and excluded by the mainstream market. As a result of this, I tend to work with a very diverse group of people—a lot of women of colour, people living with disabilities and various forms of mental illness, and people who identify as gay, lesbian or non-binary. I love my work. I draw strength from the changemakers I work with.

As someone who comes from the corporate world and venture capital, I understand mainstream business. I like being a Sherpa of sorts with people who can be considered outsiders. It means standing with them and recognising the unique barriers that each person encounters. These barriers are both internal and external.

I’ve been part of this movement for nearly a decade now, and in many ways, it has now become mainstream. That’s the same thing that happened with elements of feminism—it became a given. We all told ourselves: “Of course we believe in the equality of men and women!”

Some of us even told ourselves that we were in a post-feminist time. The struggle was in the black and white past because, gee, ‘haven’t we come such a long way, baby?’

But, without careful enough attention, the mainstream has a way of filtering a message and moulding a movement in a way that is more palatable and acceptable to White male patriarchy.

As the social enterprise movement becomes more mainstream a change has started to occur. I’ve noticed it in my practice that a large percentage of the women who came to Mill House for help seem convinced that the only way they could change the world was for them to operate as a not for profit.

I’m concerned that the zeitgeist of our time is that if a woman is saying she is going to change the world, the assumption is that she’s launching a not-for-profit organisation, a charity.

I had the privilege to attend the Social Enterprise World forum in Scotland last year. At one plenary session, they showcased the winners of the prestigious Social Enterprise Awards. But, as they flashed the team photos on the giant screen, I could hear an audible gasp from the audience around me.

It was exactly what you would expect to see from a mainstream business planning competition, business accelerator program or venture capital portfolio. There was one photo after another of White and Asian men. Now, please don’t get me wrong, I’m sure they were good ventures, and I am not bashing men or the judges.

But, ‘Houston, We have a Problem,’ in a movement that is about using commercial models to include those who are excluded, when those who are receiving the accolades are not teams that reflect the diversity of our world.

My concern—one shared by others in this movement—is that the social norms of mainstream business entrepreneurship are applied to those of who are trying to make the world better—social, economically, environmentally.

Of course, even those of us on the leading edge are not immune to the gender norms of the society we live in.

As a society, we tell women and girls that it is OK to care about health, education, the environment. But, we tell ourselves and our daughters that to make meaningful change in the world, you need to sacrifice a living wage for yourself.

You must volunteer your time, go and set out and raise money for your cause with your dinners, fundraisers and grant applications.

Operating a for-profit business—and, especially, the aggressive and disruptive qualities associated with business entrepreneurs are still considered ‘male’ traits. What is insidious about this idea is that is it often held just as strongly by some women as men.

We need women in for-profit business.

Specifically, we need women experimenting with the tools of the market and using them to create the change.

We need women who are in business to encourage other women—I’m not talking about exploitative multi-level marketing campaigns that scams/traps women in our communities, I’m talking about real businesses with unique value propositions and the potential to create both wealth and measurable, attributable social change.

The more women we see in mainstream business—the more the community will come to judge commercially-minded female social entrepreneurs just as competent and capable of innovation as men.

My message is that gender norms hobble women’s full participation in business also applies to those of us who are passionate about social innovation.

Demystifying Collective Giving: How Your Social Enterprise Can Leverage the Movement

New giving concepts and donations platforms seem to be popping up left, right and centre. But let’s take a look at collective giving – you might be wondering what it is and how is it changing the way Australians are interacting with charities. Is it just another buzzword? A passing trend? Or is it here to stay?

The Myer Innovation Fellowships support breakthrough solutions to Australia’s most pressing social and environmental challenges and bring new talent to the social sector. Fellows are offered funding and the unique opportunity to take twelve months away from their current role to pursue a big idea that has the potential to achieve positive social outcomes.

If you’re in need of some guidance or inspiration as you try to change the world, plug in and stuff yourself with these excellent social change podcasts.