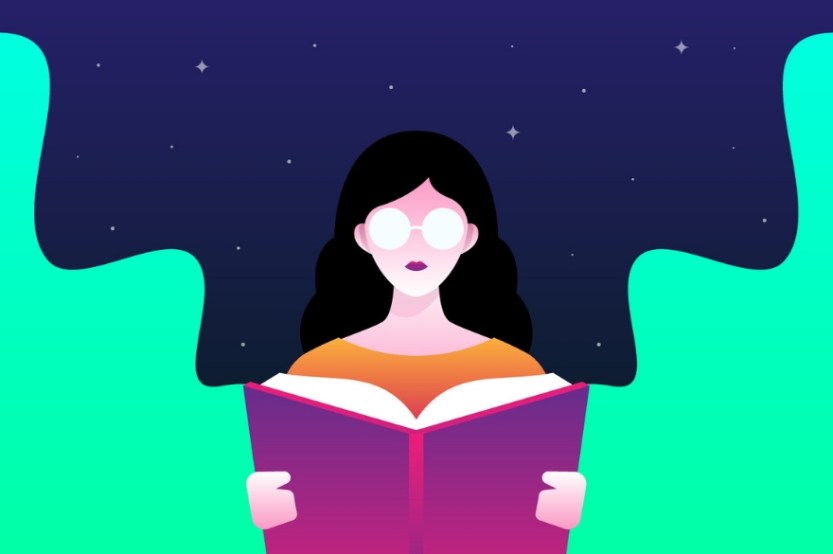 Just like we did last year, here’s our attempt to wrap up 2018 with some of the year’s most worthy headlines. Skim them again or read for the first time for some social change inspiration. A big thank you to all those brave individuals who are committed to working on innovative solutions to society’s most pressing social problems. We can’t wait to see what happens in 2019.

Obviously we couldn’t read everything and there will no doubt be stories that we missed. If you read about an Australian social entrepreneur kicking butt in 2018, please add your suggestions (along with the URL to the original article) in the comments section.

Ed Ross, formerly of Longreach, and Dan Allen, are taking a light-hearted approach to the serious problem of mental health with their one-of-a-kind workshirts.

Jordan O’Reilly’s online disability support provider has won national awards, saved clients millions, and is growing like crazy. But one thing he’s adamant it’s not is the ‘Uber of disability’.

A small rural town in north-east Victoria is turning to social enterprises to create new jobs and prevent locals from having to leave in search of employment opportunities.

After six months of research, Lomman launched GreenBatch, a social enterprise that is building a system to reprocess plastic bottles into 3D printer filament. The plastic will be collected by a broad network of secondary schools in Western Australia and the filament will be returned to the schools for their 3D printing projects.

Whether for-profit or not, these nine Australia-based startups are all making a positive impact the world around them.

At The Vanguard of Social Enterprise

Since the social enterprise was officially opened by Prime Minister Malcolm Turnbull in January 2017 Vanguard Laundry Services has achieved rapid growth and gone on to have a significant social impact.

Bondi needs another cafe like it needs another soap opera actor resident. But there’s always room for a new arrival with some soul. Heart Cafe opens its doors on Roscoe Street on November 15, a clever tie-in with the Wayside Chapel’s Wingspan Project. The social enterprise venue will give disadvantaged youth 12-month paid hospitality traineeships, hopefully creating a production line of budding cafe owners and staff.

In a small shop along one of Sydney’s busiest streets, Sarah Freeman is encouraging Australians to slow down and break their addiction to fast fashion.

Facebook and Instagram are investing $1 million into an Australian anti-bullying social enterprise to create a network of young people driving social change.

Second Shot is a social enterprise started by Brisbane man James Christie last year. It operates two mobile coffee trucks across the city and trains and employs young homeless and disadvantaged people to operate the vans.

Cherri On Top want to boost industry support and opportunities for performers.

Melbourne-based Madeleine Buchner, founder of Little Dreamers – an organisation supporting siblings of sick children, and kids who care for unwell parents – may soon have some big dreams realised after recently winning first prize of $30,000 at JCA’s Jumpstart pitch event.

Autism Swim’s new project is a world first, which will embody their philosophies in a way that’s attractive and palatable for children. A move away from their focus on parents and swim instructors.

Chris Boyle is the founder of ‘Commsync’ which harnesses the power of technology to eliminate domestic violence connecting vulnerable community members to their safety network, through the push of a button.

Social entrepreneur Lucinda Hartley has pioneered innovative methods to improve the social sustainability of cities. She co-founded Neighbourlytics, a company that uses big data to inform urban development decisions. Here, she shares how she uses technology to harness her creativity.

In only 14 years, Ronni Kahn has taken OzHarvest from a small Sydney charity to an international organisation across five continents, and she shows no signs of slowing down soon. A new documentary, Food Fighter, follows her crusade against food waste.

When Natalie Kyriacou started her My Green World business, her passion project was just one of her countless other projects on the go. It might have been an at times painful road, but Kyriacou says she was able to transition into founder life because she had a clear idea of the impact she wanted her business to make.

Helen Black has prisoners completing real graphic design jobs for customers – now she wants to do the same thing with coding.

Maria Simonelli created The Career Redesign Program in a bid to help people, particularly for people aged between 40-60 years old, make a successful career move. In this opinion piece she addresses the myths that surround a midlife career change.

The inspiration for ‘Be A Looper’ began when CEO and Founder Amanda Hart became increasingly concerned with how to manage her deep personal relationships in her late teens following a string of suicides by friends.

Local Florist’s New Hire: ‘Must Have a Disability or Mental Illness’

Nip Wijewickrema started GG’s Flowers with one goal in mind: to provide meaningful employment for her sister Gayana, who has Down Syndrome. Five years on, GG’s has become so much more. With five full-time employees and 20 casual employees during the Christmas rush, Wijewickrema can proudly confirm that all staff employed have a disability or mental illness.

There are around 2 billion women on the planet, and if recent research is to be believed the average woman owns nine bras, which means there are 18 billion bras headed for landfill.But social entrepreneur Stephanie Devine has come up with a solution – The Very Good Bra.

Four Australian Startups Just Won $1 Million from Google: Here Are the Secrets to Their Pitching Success

Google has awarded four Australian startups $1 million in grant funding each to scale-up their offerings and help people in need across the country and the globe.

Thread Harvest’s managing director, Davyn de Bruyn, wants to make it as easy as possible for people to re-orient themselves in a world that has a warped view of fashion. His role, he says, is to help people become ethical consumers, providing them with what they increasingly want.

Humanitix: Australian Start-up Turning the Ticketing Industry on Its Head

There’s few things more frustrating than forking out a whole lot of money for tickets to a show or festival only to be slogged with extra fees on top of already exorbitant prices. But what if that money was going somewhere, instead of into the pockets of big companies? Enter Adam McCurdie and Joshua Ross.

How Small Organisations Can Use Data for Big Impact

The Xfactor Collective specialist member Kristi Mansfield shares how a small grassroots organisation is proving you don’t have to be a powerhouse to use data to achieve your goals.

Teaching children, youth, adults and employees everything from maths to appropriate occupational health and safety standards can be tiresome. Tracking progress, writing reports and developing personalised curriculums even more so. Here are some awesome Australian-based educational technology (also known as EdTech or EduTech) startups that are devoted to the development and application of products and services intended to promote education and make things easier for both teachers and students.

The Social Good Summit brought together inspirational and committed activists, photographers, academics and business leaders on a single stage, to discuss solutions for the greatest challenges of our time and ask the question, “What type of world do I want to live in by the year 2030?”