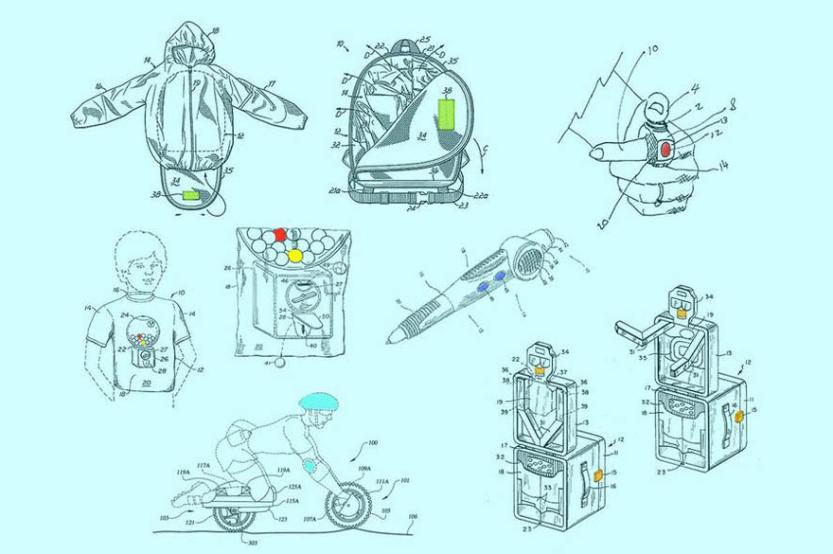 Before I say anything, I feel compelled to let you know that while on the outside I may appear to be a salty, crunchy capitalist, the reality is that on the inside I am a granola-eating, Birkenstock-wearing, soft-hearted hippie. Don’t let my short hair and my corporate demeanor fool you… I am a revolutionary.

Much of what I am about to write, therefore, may come across as a bit disingenuous, but the truth is that this split personality (crunchy old capitalist and Pollyanna do-gooder) has come in extremely handy in trying to advance my personal mission of improving community health and reducing our collective ‘footprint’ on the planet.

Truth be told, as a young man I did not have a split personality…I was a thoroughbred bleeding-heart, radical environmentalist. I chained myself to trees. I protested factories. I wrote letters to my congressman (the US equivalent to an MP). All of which were marginally effective in advancing my personal mission (OK, if I am being honest, those efforts were wholly ineffective at advancing my personal mission). By the time I was 25 years old I was feeling pretty bad about myself, society writ large, and the prospect for the earth and all its inhabitants.

Then, when I was in graduate school studying environmental health, I gave a lecture to a community group about a law that had just come out in the US called the “Clean Air Act Amendments of 1990” (air pollution is kinda my thing). A guy came up to me after the talk and asked me if I could help his company reduce the amount of waste they generated and the amount of pollutants they emitted. Honestly, I did not know what to say at first… after all he was a member of the ‘evil empire’. At that moment I felt like maybe he was Darth Vader and I was Luke Skywalker. I waited for him to say (in a breathy and ominous voice) “I am your father, Joe”.

Alas, he did not, and after a long conversation over a couple of beers I realised two things: 1) Companies and the people therein are not evil and 2) the profit motive, more than anything else, drove corporate behaviour. Both points are obvious when I say them now (and probably when you read them), but how many times each week in our culture are corporations vilified? And how many times are we led to believe that corporations are always acting nefariously to undermine humanity? Or that the pursuit of profit is bad?

That conversation, more than any other moment I can recall, changed how I saw my mission and how I could execute on it. It gave me a path forward. I knew from that day forward I could leverage the profit motive within the capitalist system to help reduce our collective environmental footprint and improve the health of people. Corporations were not bad…profit was not evil…I simply had to harness them for the benefit of my mission.

As the adage goes “Necessity is the mother of invention”. When applied to enterprise, or specifically entrepreneurship, this adage is only partly true. The truth is that historically (before capitalism) a need (necessity) only attracted innovation when the need was so great that the burden of the need was far greater than the resources and risks of required to innovate around the need. This is a high bar indeed! After all, why would I want to spend all sorts of time and resources inventing a better mousetrap when, after I figured it out, you could just take my idea and run with it?

Without the ability to protect my invention or when the risks and/or costs of innovation are too great, even really big problems (that create huge needs) go unsolved for long periods of time (see “Lack of mousetraps and bubonic plague”).

Now, if you are like me, you might be thinking “Wait a second! I am a Birkenstock-wearing, granola eating, Pollyanna do-gooder! I don’t want to make money from my idea! I want people to take my mousetrap and save the world from bubonic plaque”. Fair enough. I get it. But we have a bit of a problem. It turns out that this “invention” process is timely… it is costly… it takes resources. How are you going to get the resources you need to invent the mousetrap? You can’t go to a bank and say “I want to save the world from bubonic plague, so how about some money for that?”. They will laugh you out the door. And if you are hoping to get funding from a foundation or grant-making organisation, all I can say is good luck.

The reality is that if you have a great idea, and you can demonstrate a great need that your idea addresses, people might be willing to invest in your idea, but only if they can get some return…and for that to happen you need to have the prospect of generating (trigger warning) a PROFIT. Without the prospect of returns, it is very difficult to get the large investments needed to invent, build, and distribute that better mousetrap. But if you are truly concerned about “impact”, and your mousetrap really can alleviate pain and suffering, you should desperately want it to be deployed widely and quickly.

Offering the prospect of a financial return to investors seems like a small moral price to pay in order to get the time, resources, and distribution required to meet your mission. You see the need, in and of itself, is not (often times) enough to facilitate innovation, but throw in a little profit and we have a match made in heaven.

And How, Exactly, Do We Make That Baby?

Corporations protect inventors and investors from liabilities associated with the development, manufacturing, and distribution of the innovations, while patents provide exclusivity to the investors. I consider corporations the ‘candlelight dinner’ and patents serve as the “Barry White” playing in the background. While they are not absolutely needed for innovation, they sure catalyse the process. Even though we have seen corporations and patents used to the detriment of society, in many cases they have allowed for risk taking and facilitated investment that have benefitted humanity greatly.

Thinking back to that 25 year-old version of myself and that moment when I was asked by a ‘corporate evil-doer’ to help them reduce their waste streams and footprint on the planet I made a choice … I chose to leverage the capitalist systems in place in order that I might have as great of impact as I could on the planet. While I saw that companies needed to operate more efficiently and to reduce wastes, that need alone was not enough for me to innovate in that space.

The impact I ultimately had on improving operational efficiencies and reducing environmental impacts was the product of the need and my ability to generate a profit from that need. I used the profit motive to get investors to give me the money I needed to innovate and grow my business.

As a reluctant capitalist myself, I know how difficult it can be to trust the capitalist systems… the legal fictions, the liability protections, exclusivity, etc… but I also have learned that money only goes where profits can be made.

If we don’t give the capital markets (money) the opportunity to profit from ideas that do good and advance the greater good, then the markets will have no choice but to seek profit where profits can be made, which may not be the types of investments we would like to see. Leveraging the profit motive and benefits of a capitalist system may be the most efficient and efficacious means by which to achieve the good we want to see in the world. I know it was for me.

Professor Joe Steensma is one of the keynote presenters at the iAccelerate 4IMPACT Conference and will be focussing on Impact Investing. Don’t miss out! Get your tickets now! 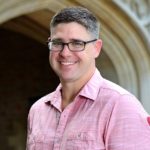 Professor Joe Steensma specialises in social entrepreneurism, environmental/occupational health, and biostatistics. He is passionate about sustainability and the role enterprise plays in advancing societies. Dr. Steensma currently serves as a Professor of Practice in Environmental Health and Social Entrepreneurship at the George W. Brown School as well as a Scholar at the Institute for Public Health at Washington University in Saint Louis. He is also a Sr. Scholar at the Global Good Fund in Washington, DC.

Where in the World Can a Churchill Fellowship Take You?

Striving for change? Do you want to see what other countries are doing successfully in a similar field to inspire new ideas and innovation back home in Australia? This is your chance to make a difference.

Whether you are in the planning stages of launching a social enterprise, are brainstorming whether your idea is plausible or you simply want your business to have a stronger social impact, there are countless tools available online. However, it can be difficult to determine which are the most effective. To help you on your journey, we have found the best free tools for your social enterprise you didn’t know you needed.

Imposter system is all too common among social entrepreneurs and changemakers. But what exactly is it, why does it happen and, most importantly, how do you triumph over it?

Are You Dreaming of Becoming a Unicorn or a Zebra?

There are numerous ways of differentiating and staying ahead of your competition. One best practice would be to get the attention and recognition your purpose-driven initiative deserves.