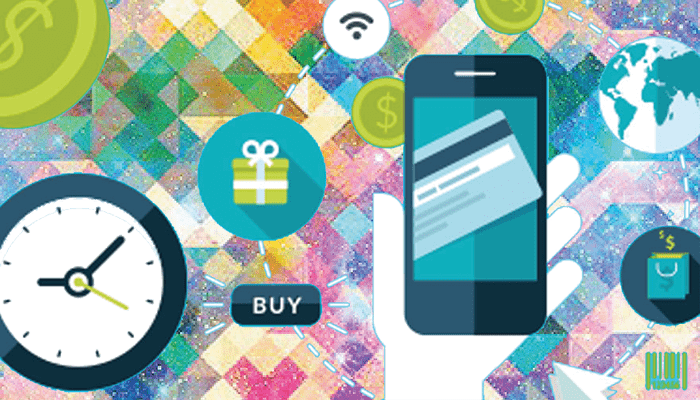 The Western Union Foundation is dedicated to creating a better world, where the ability to realise dreams through economic opportunity is not just a privilege for the few but a right for all. Since its inception, the Western Union Foundation has paid more than $106 million in grants and other giving. These funds have been pledged to more than 2,794 nongovernmental organisations in more than 137 countries and territories.

We sat down with the new face of the Western Union Foundation to talk philanthropy, social impact and leadership.

What personal experiences shaped your career or motivated you to become involved in philanthropy?

That’s a really big question. About two months ago, I entered this new role as the executive director of the Western Union Foundation. It was my experiences at Western Union that have made me really passionate in taking this role. My corporate background includes work in the areas of marketing, communications, product management, and business development. During the last four years, I became knowledgeable about the customers that we serve around the world, as well as the products and services that Western Union provides. I have become very passionate about bringing our shared value product and service values to life.

I think, what really excites me and the Western Union Company is knowing our customers and the products and services in our business and having a strong connection within our own organisation. At Western Union, the tag line is ‘Moving Money for Better’. Many people see the Company as a great global brand because of its ability to move money almost anywhere in the world in minutes. A focus for the Foundation is on education because we know that about a third of money transfer customers have sent to their loved ones back home intended to pay for education. So, there’s a deep connection between Western Union customers and its purpose, and the Foundation tries to reflect on that.

How does the Western Union Foundation measure its own impact or the impact of the NGOs that receive grants?

My team spent quite some time trying to understand what impact we want to measure and how to do that. About ten years ago, the impact was largely measured by financial contributions. About a year ago, the Foundation celebrated a milestone in giving, totalling a hundred-million-dollars grants. I believe the financial contribution is not the actual measurement of impact, but it’s important.

When we start to identify a partner that we want to work with and support in a number of ways through philanthropy, giving and where possible engaging Western Union employees through volunteering – we go through an RFP (request for proposal) process looking at the proposal at every detail in terms of understanding the impact of issue. We’ve turned the way we view impact away from the number of days of school given or the amount given to focus on the measurable impact it has on people’s lives. A non for profit that receives a Western Union Foundation grant is expected to provide impact reports during the lifecycle of the funds detailing the use and implementation of the grant until the funds are expended in the way that both the Western Union Foundation and the non for profit intended and agreed upon.

I’d love to ask you a quick question, from your experience in talking with many foundations and non for profits, what are you hearing on measuring impact, what best practices have you seen?

I think it’s a great question. What’s really interesting is regardless of whether you’re a small organisation, or a big, corporate foundation, everyone is still very much struggling to define how they measure social impact. It’s great that everyone’s focusing on it because it’s extremely important, but it seems as though everyone’s still having a hard time actually narrowing down the best way to do it for their areas of focus.

One of the ways we’ve done this is by identifying what we call regional anchor partners who are a small group of NGOs that we partner with for long term collaboration. For example, through Education for Better, one of our flagship programs, we have worked with partners such as SOS Children’s Village in Africa and Junior Achievement in the Americas. By working with long-term partners and sponsoring very specific programs of theirs, we can drive programs that enable Western Union employees to volunteer time, or engage business clients and Western Union Agents to get involved, for example, by offering giving a financial donation.

The biggest misperception? One of the things that has become a personal mission of mine is to change the perception that a corporate foundation can only create impact by charitable giving. Long-term impact is about partnership. We work with Save the Children in Lithuania, and our employees give time to support a local day care center for vulnerable and high risk children. The General Manager at Save said something which really held true to me. Which is that it’s very easy for a big company to come with a sack of money. And she’s right, it’s easy to walk away having given the big check. But, the reason they love working with us is because many Western Union employees actually volunteer, every week, and have done for years.

The second thing I think can often be a misconception is understanding why a corporation has a Foundation or Corporate Social Responsibility purpose. I think the first reaction can be skepticism from many different corners. The reason I’m excited about working with the Western Union Foundation is the breadth of engagement across the corporate mission of moving money for better and the Foundation missing of bringing those corporate share values to life. I keep talking about employee volunteering, but yet I think it’s the truest expression of being involved. The difference between putting your hand in your pocket once or twice a year, and giving your personal time and energy is that it’s much more difficult.

I’m wondering how important social innovation or social entrepreneurship is to the Western Union Foundation, or if your focus is mainly on funding projects with NGOs?

There has been a big shift in our own organisation over the past number of years, a shift away from pure grants to support NGOs. While that’s still a focus, in our philanthropy arm, I think the focus has very much changed to include and support shared value projects.

I spent two and a half years working for the business solutions division of Western Union. There, I worked with NGOs on a product called WU NGO Global Pay. The product essentially enables Western Union to use its existing money transfer rails to help NGOs get money where it’s needed, almost anywhere in the world, quickly and transparently.

The need for NGO Global Pay came when we Collaborated with the Clinton Global initiative about four years ago. I was astounded by a story that was shared from a volunteer. He was working with an NGO supporting children in Syria. To get money that they had raised from the UK or U.S. into Syria, they actually had to stuff cash in backpacks and down pants to get it over the border because there was no other way of getting it in.

And so, the collaboration and the conversation started. There is a need to get funds to organisations in some of the most difficult and remote locations in the world – places where banking infrastructures are not strong, or banks don’t exist. Western Union has a global cross-border platform supported by a multi-channel network that spans over 200 countries and territories, with the ability to pay out in 130 currencies. They’re experts in doing what they do and do it every day.  We were determined to leverage this, to go out and solve this problem. I’d like to share a link to our video showing how Save the Children in the UK used NGO GlobalPay to help some of the most vulnerable children inside Syria.

In terms of your appointment to the executive director position, was the goal for the Western Union Foundation to find someone for who didn’t have prior foundation experience? Do you think that was a strategic decision?

After exploring a number of different skill sets and experiences that could be successful in this role, I think that the Foundation was excited by the opportunity to have someone who understood the Western Union business, so that we could better leverage assets for social good. A lot of my role is about engaging with passion and purpose so we can create shared value through the products and services Western Union employees run, own, and operate, and through the connections they make in the community, and through their personal volunteering. For me, that is what the Western Union mission of “moving money for better” is all about. In turn, the Western Union Foundation, a separate §501(c)(3) recognised United States charity supported by the Western Union Company, helps realise that mission.

I don’t think it’s about finding someone who could step into a new area. I think it’s about finding someone who had the skill set to mobilise, even more, an organisation that was chomping at the bit to get involved in broader ways. So, I genuinely believe that is one of the reasons that I was an interesting candidate for this role, and ultimately successful.

Oooh, that’s an amazing question. The one that I love right now, due to the fact that I’m in a new role, is it’s about being true to yourself. And that can be taken many ways, but for me, that’s what I’m personally trying to live and breathe by. Understanding where I have knowledge and understanding. You know, I come from a background of strategic planning and designing programs that connect with customers. It’s experience that can be leveraged within the Foundation. So, being true to myself and where I have come from, and what I am trying to help the Western Union Foundation achieve as it continues to grow and evolve.

A Quick Guide to Social Change Buzzwords and Terminology

Social Impact, Intrapreneurship, Benefit Corporation, Shared Value — there are a lot of buzzwords that get thrown around in the social arena. It is important to understand what these terms mean and when to use them – or when not to use them. Here is a quick guide to help you get to grips with all the jargon and fanfare that surround social change. Whether you add them to your lexicon or boycott them is up to you, just make sure you know what they mean.

Whether you’re an established organisation or just starting out, you can’t avoid the fact that you need finance to kick things off or keep them growing. You won’t always find a financial solution that is straightforward or simple. It’s likely you’ll need to work with multiple stakeholders on a “blended” finance structure. Read on for Sefa’s 4 Ps (Partnerships, Passion, Pathway & Persistence), on starting a social enterprise or investing in entrepreneurial growth.

Tips To Smash Your Next Grant or Scholarship Interview

Are you nervous for the interview? Good. That means you’re taking it seriously. However, nerves should never become a barrier to success. Here are three tips that you can apply to any interview situation if you’re looking to get ahead.

Best of Expanse: the Creative Conference for Social Good

Expanse is a one-day conference which brings together people from a diverse range of professional and non-professional backgrounds who want to use their skills and talents for the ‘good worth doing’ in the world.