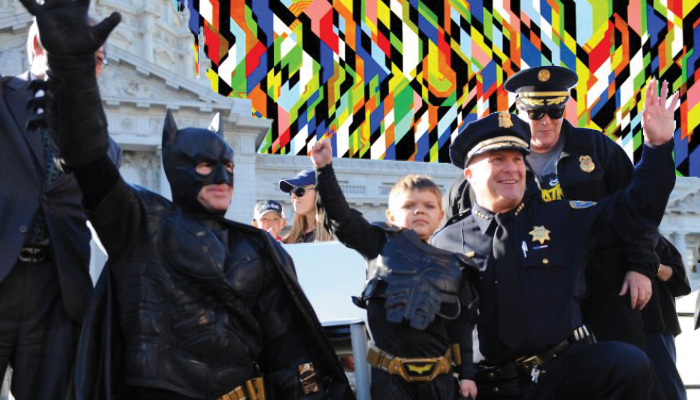 Scenario: You see a child drowning in a pond and you are the only one around to help. You can save the child by jumping in, but doing so would ruin your clothes. If you decide not to jump in, the child will die.

What do you do?

What is Effective Altruism?

Effective altruism is “a philosophy and social movement which applies evidence and reason to working out the most effective ways to improve the world”. It is built upon a simple but profound idea: that living a fully ethical life means using your spare resources for the “most good you can do”.

The argument is that we can do much more to help others (i.e. save many more lives) if we simply take a more objective and rational approach to what we do with our abilities, time, and money. The Centre for Effective Altruism describes effective altruism as the “desire to make the world as good a place as it can be, the use of evidence and reason to find out how to do so, and the audacity to actually try”.

If the aim is to “do the most good” when it comes to our philanthropic endeavours, effective altruism argues that we should be unsentimental and only give to effective charities. Instead of allowing emotion, intuition, or brand loyalty to dictate our giving behaviour, we should think more scientifically about who and what we support.

In 2013, as the Christmas giving season approached, 20,000 people gathered in San Francisco to watch a five-year-old boy dressed as “Batkid” ride around the city in a Batmobile with an actor dressed as Batman by his side. The boy, Miles Scott, had been through three years of chemotherapy for leukemia, and when asked for his greatest wish, he replied, “To be Batkid.” The Make-A-Wish Foundation had made his wish come true.

Make-A-Wish would not say how much it cost to fulfill Scott’s wish, but it did say that the average cost of making a child’s wish come true is $7,500. Effective altruists would, like anyone else, feel emotionally drawn toward making the wishes of sick children come true, but they would also know that $7,500 could, by protecting families from malaria, save the lives of at least three children and maybe many more. Saving a child’s life has to be better than fulfilling a child’s wish to be Batkid. If Scott’s parents had been offered that choice—Batkid for a day or a complete cure for their son’s leukemia—they surely would have chosen the cure. When more than one child’s life can be saved, the choice is even clearer. Why then do so many people give to Make-A-Wish, when they could do more good by donating to the Against Malaria Foundation, which is a highly effective provider of bed nets to families in malaria-prone regions?

Effective altruists will feel the pull of helping an identifiable child like Scott from their own nation, region, or ethnic group but will then ask themselves if that is the best thing to do. They know that saving a life is better than making a wish come true and that saving three lives is better than saving one. So they don’t give to whatever cause tugs strongest at their heartstrings. They give to the cause that will do the most good, given the abilities, time, and money they have.

The arguments in favour of effective altruism:

The arguments in opposition of effective altruism:

Please feel free to share your thoughts in the comments section below.

Effective Altruism: Arguments For and Against

Addressing the world’s most complex challenges by designing specifically for social impact is a largely untapped market with a continuously increasing demand. However, designing for social impact isn’t simply about creating pretty objects for a good cause or selling rad merchandise and giving a percentage of the proceeds to charity. In its ideal form, designing for social impact is envisioning the impact you want to have for a community or individual, bringing stakeholders into the process, working toward sustainable solutions, measuring the difference you’re making, and sharing your results so that positive impact can spread across the world.

From Early to Exit: What Are the Stages of a Social Enterprise?

Top Tips to Take Your Pitch from Mediocre to Memorable

A convincing pitch is a powerful tool to unlock opportunities, form key relationships with investors or volunteers, attract funding, and inspire new audiences. And, for charities and social enterprises in particular, a single pitch could really be “make or break”. So here we’ve distilled the five fundamentals to perfecting your pitch, because no matter what sector you’re working in, your future could depend on the quality of your spiel.